I lost my only sibling, a younger sister, Karen, in July of 1988 due to a heart related illness. Karen loved life, and never let time with family and friends pass her by. She was especially fond of Christmas, as she and her friends (who worked for the airlines) would make their annual trip to New York just to see the decorations, lights, hear the sounds of Christmas music, bells ringing and of course, go shopping. This trip for her was the beginning of the holiday season.

In fact, Karen loved life so much that she actively participated in everything; from skydiving to snow-skiing, even fishing, she enjoyed it all. Most of all she loved time spent with her husband, family and friends, and especially reading bedtime stories to her nephews. We miss her…but we always remember

“Our loss was great, but not as great as our love”

Sounds of the Heart

“Wishing is where the heart wants to go,
Doing is what makes dreams come true”

For many months after Karen’s death I immersed myself in the library; the internet, as we know it today, was not a resource at that time. I researched bells, angels, religions, the movie, “It’s a Wonderful Life,” and trademarks. I wanted to create a special keepsake that would celebrate life, not just in death, but recognize those who touch our lives every day in friendship, support, and love, our very own angels on earth.

Finally, after pulling together my research I approached an attorney to file for the rights to use that famous phrase, “Every time a bell rings an angel gets its wings,” within the trademark category of bells. The patent and trademark process was long and arduous but well worth it. 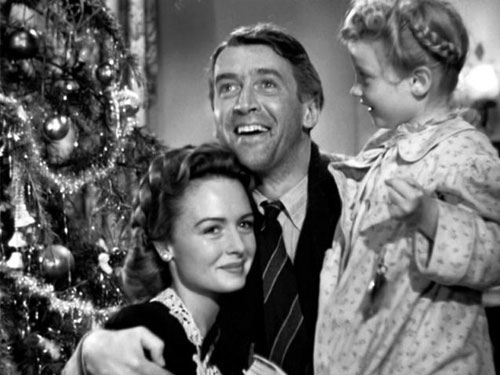 Did you know that the movie, “It’s a Wonderful Life,” was adapted from a short story called, “The Greatest Gift?” What was the greatest gift, you ask? It was the gift of life, the beauty of family, friends, and the relationships we hold dear. The last words the angel said to George in the original story was, “Keep listening to the bells.” Wow, how poignant, to give the gift of a bell to those that hold a special place in your heart, shared feelings, shared experiences, shared memories.

are those that speak to your heart

Everything seemed to fall into place, using one of the most famous phrases in the world on a keepsake bell, especially a phrase that is associated with love, hope and many other heartwarming feelings. My research showed that in a number of religions around the world such as Christianity, Buddhism and Hinduism, the sound of bells are symbols associated with heavenly enlightenment, the voice of God, a deity, or a higher power of consciousness, and the goodness in our hearts. Most of all, the gift of a keepsake bell is a lasting and beautiful way to recognize those who have touched your heart in friendship, remembrance, or love.

How did I know it was meant to be? The name of the United States Patent Attorney that approved the trademark, was Caryn. While not spelled like my sister, Karen, to me it was not a “coincidence;” neither was the day my attorney called me to tell me everything was approved. It was Karen’s birthday… he had no idea. Some people believe that coincidences are God’s way of performing miracles anonymously…so do I.

P.S. Oh yes, I know the correct phrase from the movie is “Every time a bell rings an angel gets his wings.” In the movie, “It’s a Wonderful Life,” the angel, Clarence, was a man. However, in my research on religions of the world and angels, most religions consider angels or ethereal beings to be neither male nor female.

Throughout the years, Memory Bell has been involved with a number of charitable organizations and has donated many bells to charity. Republic Pictures, the production, and distribution company, for “It’s a Wonderful Life,” long ago recognized the Memory Bell trademark and worked with us to raise funds for charitable causes. A charity that is close to our hearts is No Greater Love. 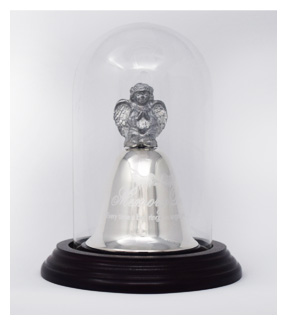 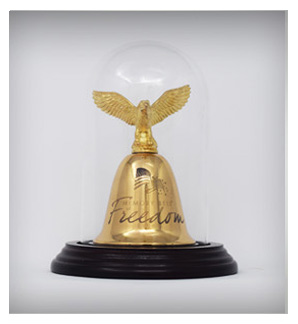 Thank you for a wonderful year!

Due to supply chain issues, we are currently not taking any orders.

We look forward to being back in the new year.